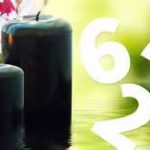 If we stop to take a moment to think about the outside forces which affect our world, the first thing we all think of is numbers, right? Yeah I didn’t think so either. However, if we really pause to think about it, numbers carry a huge meaning to each of us. We can be superstitious about them and favor numbers which correspond to the birthdates of our loved ones or an important date such as an anniversary. Some people even go as far as to use these numbers for lottery tickets, what day of the year to get married on, or what the address is on a new home. Speaking of homes- The numerology of your home reveals energies that help to support you and manifest your desires. Below are some number hacks for you to get the most out of your living space.

All numbers are reduced to a single digit number by adding each digit together. In case of really long number the total of the addition is reduced until you have only a single digit remaining.

According to Feng Shui the numbers have the following meanings.

ONE: Denotes new beginnings and a fresh start, individuality, and independence.

FOUR: Is security, stability and foundations. Seek out a number with a four if this is a current need in life.

SEVEN: Seven is spiritual and represents inner peace, dreams, and visions. The 7 Chakras.

EIGHT: Is prosperity, wealth and abundance. The most auspicious number and is considered very lucky.

NINE:  The final single digit is completion, wisdom, and manifestation. Solitude and insight.

Just as we all have our lucky numbers, we are all just as aware of the numbers which are regarded as unlucky.

Thirteen being the best example, is considered unlucky as 1+3= 4, which is the unluckiest number in Feng Shui on account of its pronunciation. In Chinese, ‘four’ also sounds similar to the word ‘death’.

Now that you know how what each of the numbers represent, use the information to your advantage. A great piece of advice we have all heard is to do the math when making important decisions. Once you have your answer, dissect it and see if it coincides with what you are currently seeking out of life!

This entry was posted in Feng Shui. Bookmark the permalink.